Back in February, I was working on the expression poster for my class.

I got some feedback about what I could improve, but since the improvements were not required, I kept putting them off, and off, and off. And then of course I realized that it's April already :)

The lettering on the original version was done mostly as a quick sketch, so I went back and redid the parts that didn't look that great.

I also changed the background color, since I was told that my original version was not "acidic" enough. Now, there is so much contrast that you can almost see a border around the letters, even though there is no border. This is probably not the sort of aesthetic that I would use in my work on a daily basis, but it was definitely something fun to experiment with.

I took out the repeated lettering part in the background and replaced it with "The Beatles".

Anyhow, now it looks even crazier than before :D 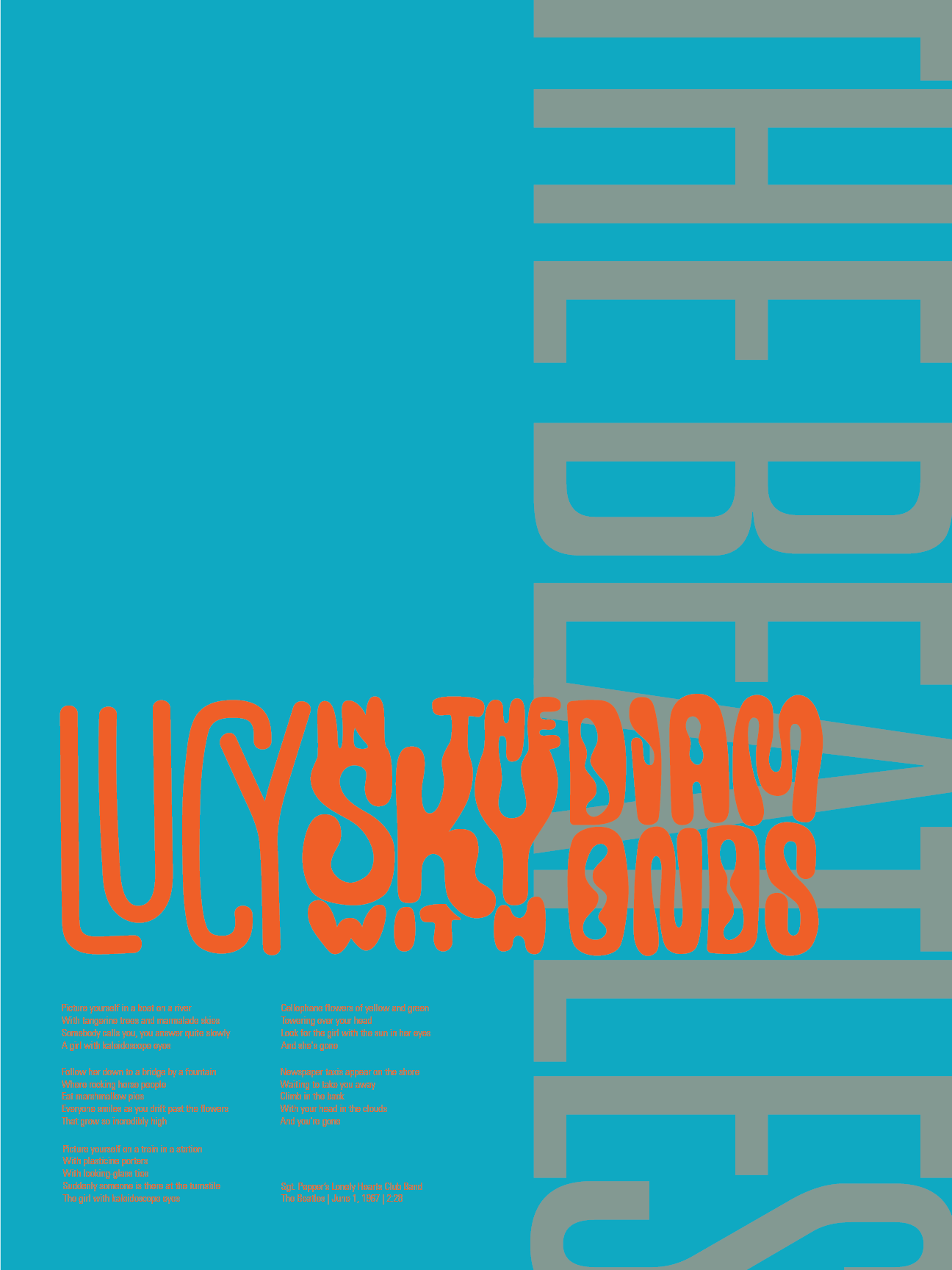 There was one more assignment for this class, which was to make a book. It was more work than anyone had expected, so we were given an extra critique session (that is still coming up), and a couple weeks extra to finish it.

Mine is almost done, I am just waiting for the actual book to be bound. I will write more about the last assignment for the class next week!